Why I chose this topic 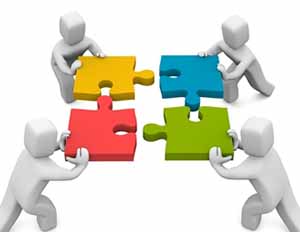 I have a background in teaching English as a foreign language and have taught various ages. My teacher training was primarily focused on teaching adults. I had taught children at the primary level before but only as extra classes in smaller class sizes than I'm working with now. Up until starting the project I hadn't seen the students doing much group work and when they did they would generally revert to their native tongue, Spanish. From teaching adults, especially when the class size is large, I know that group work is an effective way of maximizing the amount that students speak and getting everyone involved.

I want to get them speaking as much as possible but reduce the amount of Spanish spoken. I especially want to increase the usage of English, and therefore the confidence, of the quieter students. I want to use activities that aren't just focused on English ability, but use other abilities so that a strong English speaker in the group doesn't dominate. I want to make the the activity as interesting and as fun as possible to keep the students engaged. I think this can be achieved by adding the element of competition. I will pay attention when creating the groups so that there is a mix of abilities and the personalities compliment one another. After each activity I will make my personal observations as well as asking for feedback from the teacher who I am working with.

The 6th grade students were studying the past continuous in English class. I thought that using videos as examples would be a good way to practice the usage. I created a quiz based on 4 short clips from animations that they would recognise. I put them in groups of 5 and explained the points system.

Each round was with one video. I played the video once and then asked the questions while displaying them on the board and totalled up the points after each round.

The activity mostly worked well. Lots of English was spoken and some of the less confidant students who maybe felt nervous speaking in front of the whole class were contributing. The students enjoyed the quiz and Spanish was hardly used. One problem was that some of the more competitive students would claim that other groups were using Spanish even if it was just one word and get upset. I had to state that I had the final say and would listen for Spanish when I was monitoring the activity.

The 6th grade students were studying about global warming in science class. I found a ready-made quiz on www.free-for-kids.com that I thought was perfect for doing a group activity similar to the one before. I thought the questions in the quiz were good because they weren't typical exam questions. They were questions that could be trick questions which would spark conversation. I put the students in groups and used the same point system as before but as all the answers were either true or false there were no points for grammar. I also pre-taught some expressions , such as "I don't think so" and "What do you think" which I thought were lacking in the first activity.

It was faster than the first activity as there were no videos to watch and grammar wasn't as important. Because accuracy in English wasn't as important, some of the lower level English speakers were contributing more than before which I feel is good as it will build confidence and their level of fluency.

The students were studying "going to" to make future predictions. I used a humorous video on YouTube of animals doing funny things. At the end of every scene the animal would do something entertaining. The students in the groups had to decide what the animal would do. I totalled the points after every scene. As the activity would be fast I just gave them 1 point for a correct answer but said I might minus points if I heard Spanish.

There wasn't much Spanish spoken. I think the students were used to doing this sort of activity in English now, from the previous activities, though there was some difficult vocabulary such as "aardvark" and "racoon" which needed translating. It wasn't very competitive but the students enjoyed watching the video and they were focused on the activity.

I enjoyed creating and implementing lesson plans in a style that the students may not have experienced much and the students' reaction was positive. The more classes I gave with a similar style the fewer problems arose, as the students knew what was expected of them. I believe that another advantage of working in groups is that it can develop life-long skills, other than fluency in a language, which are transferable to everyday life.